by Chris From The Gulag
That time of the year to look back at events affecting us all in CarerLand.

From our supporting organisations to the Government ... definately a year to forget ... in a hurry.

Some of the best bits over the year ... most shot down in flames ... even on a quick analysis.

( If so requested , I will post links behind each " News " item to the master threads on the forum. )

Budget ... NO taper on the Earnings limit ... nor real change in the level of / exemptions to Carers Allowance.

The Housing Allowance ... frozen but no rent freezes in place ... again , hitting the poorest the hardest ... both evictions and homelessness increasing , rapidly.

Care Act ... many more LAs driving a coach and horses through it without fear of retribution.

Support services ... continuing cutbacks to the bone ... not helped with Direct Payments being frozen with the forthcoming rise in the minimum wage ... same monies , less care.

DWP purge ... an administrative nightmare finally revealed ... thousands of potential casaulties ... some completely innocent if one believes our own CUK's press release ... still in course before we known what will transpire.

CHC / NHS Continuing Health / unsafe hospital discharges ... all interlocked and the bane of the forum ! Even our own CUK asked the question and ... surprise , surprise ... regretted asking said question in the first place ... opened up a whole warehouse full of cans of worms that they did not know how to deal with.

Fairer for Carers campaign ... the less said the better ? On the highlight reels for the best own goal for years ahead.

Encouraging carers to juggle work with caring ... 100,000+ shortfall in support workers / £ 120 per week limit on earnings with no taper on CA / rise in support care costs allied with cutbacks ... yes , a well thought out policy ( Supported by both supporting organisations ) dismissed in a few words !

Forum ... continuing bugs / 20th. century format / postings and even visitor numbers continuing to drop ... record low for the number of " Reds " posting on the forum ... unless WE do something , how long will be it before this vital outlet becomes a meeting / sounding out place of the past ?

Carers Trust ( The old PRT ) ... tour of Scotland , meeting with the NUS up there ... plenty of publicity shots. NOT ONE MENTION OF A POTENTIAL JOINT EFFORT TO CHALLENGE THE ABHORRENT 21 HOUR RULE !

Just a few ... plenty more out there. 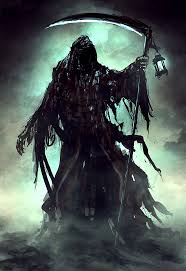 ... just a few already in the pipeline.

by Chris From The Gulag
Percentage wise , George Orwell was a little too pessimistic.