carers in crisis instigate WAR ON THIS GOVERNMENT

carers in crisis instigate WAR ON THIS GOVERNMENT

by kenneth2dundee
Well what can i say the topic above says it all. you have parnell the snotty nosed dwp minister suffering from verbal dirreha and continuing to target fulltime unpaid carers AS LAYABOUTS AND GOOD FOR NOTHINGS.

HE SITS OVER AND IS THE MINSTER FOR THE DWP AND HE PASSES DOWN THE LINE FOR THEM NOT TO HELP FULLTIME UNAPID CARERS ALL HE WANTS US TO DO IS GO BACK TO WORK FULLTIME.

HE DOES NOT GIVE A SHEIT ABOUT US CARERS I HAVE HAD SO MUCH SHWEIT SINCE SELLING MY SMALL FLAT IN DUNDEE TO PAY OFF DEBT ACCUMULATED OVER 20 YEARS IN THE CARING ROLE.

THE DWP HAVE REUSED ME THE TOP UP ELEMENT OF INCOME SUPPORT NAMELY Ã‚Â£27 SINCE LAST YEAR AUAGUST HAVE RECIEVED NOT HELP FIGHTING MY CASE LOST TRIBUNAL COSIDERING GOING TO THE NEW UPPER TRIBUNAL TO FIGHT MY CASE AS ALL MONEIS HAVE BEEN PAID TO DEBTS.

NO LUXURIES JUST EVERYDAY LIVING DEBTS BRROW HERE BORRWO THERE THATS IS THE PLIGHT AND THE POVERTY OF MANY THOUSANDS OF CARERS YOU LOOSE HYOUR HOME ALL SAVINGS ETC AND THE THE CONTEMPT THE DWP HAVE AND THE STAFF THEY DONT GIVE A SHEIT ABOUT YOU OR I.

I WILL TREAT THEM WITH THE THE CONTEMPT THEY NOW DESERVE.

JUST SICK AND TIRED OF THE DAY TO DAY FIGHTING FOR MEANLESS CHEAP CHANGE FOR ALL FULLTIME CARERS WHO AREE UNPAID WHILE MINSTERS AND MP DO WHAT EVER THEY LIKE ALL THEIR EXPENCES AND HUGE UNWORTHY SLARIES THROWN IN FOR GOOD MEASURE.

EVEN AFTER MY HEART IN JANUARY THIS WAS FORCED TO ATTEND A MEDICAL AFTER BEEN IN BED FOR 18 WEEKS WHEN I ARRIVED AT THE MEDICAL IN PERTH RUN BY AN AMERICAN WELFAR MEDICAL COMPANY CALLED ATOS MEDICAL SERVICE THE RETIRED NHS GP APOLOGISED UNRESERVEDLY BY SAYING HAD HE KNOW OF MY HEART ATTACK I WOULD NOT HAVE NEEDED TO ATTEND THE MEDICAL.

I DID CALL THE ATOS MEDICAL CALL CENTRE 5 TIMES TO EPXLAIN BUT WAS TOLD IF DID NOT GO MY BENEFIT WOULD BE STOPPED AFTER ALL THAT I DID NTO NEED TO GO IN THE FIRST PALCE.

JUST GOES TO SHOW THE VENDFETTA AND THE BONAFIDE WELFARE REFORM THAT THIS GOVERNMENT IS NOW PERPETRATING AGAINST ALL FULLTIME TIME UNPAID CARERS.

WAR ON THIS GOVERNMENT AND ALL THEY STAND FOR OF THE USE AND ABUSE OF CARERS
WHO ARE UNPAID FOR ACTUALLY WORKING FOR NOTHING FOR THE STATE NAMELY THE CARERS AND DISABILTY SERVICE IN PRESTON LANCASHIRE.

THANKYOU ALL SORRY FOR THE PUN RANT OVER BUT YOU ALL HOPEFULLY YOU ALL UNDERSTAND. WHERE I AM COMMING FORM SHEER AND UTTER FRUSTRATION.

Kenneth I'm sure we all

by charles47
Kenneth I'm sure we all share your frustration, especially with the way you were treated over the unnecessary medical. Unforunately there are "jobsworths" in all walks of life and there is no way you should have been forced to attend a medical so soon after a heart attack.

I'm with you every step

by pixie
I'm with you every step of the way Kenneth.

I am very fearful of the future for carers and for the carees too.

This government is driving us all to despair.

by TurboZed
Anybody else feel like resurecting Guy Faulks and letting him have another try? LOL

Surely I can't be alone

by Sarniajoy
Surely I can't be alone in thinking this Government isn't doing too bad a job in the circumstances?

by Guest
I feel the last post is going to chuck a Spanner in the work's.
I hope I am proven wrong.
John

by Shandy
if u need medicals gt home visit. Ring dept dwp n tell thme u cant travel then get note stating this form docs. It works 4 me

I feel the last post is going to chuck a Spanner in the work's.
I hope I am proven wrong.
John

I think it was...no carer could possiably be that blinded could they????

I feel the last post is going to chuck a Spanner in the work's.
I hope I am proven wrong.
John

I think it was...no carer could possiably be that blinded could they????

IT SHOULD BE A SPANIARD IN THE WORKS! (according to the late, great John Lennon) 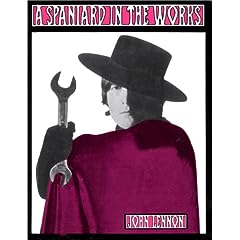 I don't think any other

by Sarniajoy
I don't think any other Government would do any better given the world financial crisis. I have more faith in Brown to hold it together than Cameron and Clegg. As carers of course we would like more dosh, but so does everyone else, I am not sure though that as deserving as we are, we can be made a special case with things so bad for many others.
All times are UTC
Page 1 of 2
Powered by phpBB® Forum Software © phpBB Limited
https://www.phpbb.com/