Dementia ? Care Home Fees ? CHC / NHS Continuing Healthcare ? All Together In This One !

Dementia ? Care Home Fees ? CHC / NHS Continuing Healthcare ? All Together In This One !

Not to mention the main GREEN PAPER / SOCIAL CARE one : https://www.carersuk.org/forum/support- ... en%20paper

How NHS could save your home if it played fair on dementia care funding ( But be prepared for an undignified battle to prove you are ill enough ).

Thousands may needlessly be selling homes after being denied NHS funding.

But the NHS will pay some people's care fees if they have severe medical needs.

Of those who apply for continuing healthcare funding, many are unfairly refused.

Thousands of dementia patients may needlessly be selling their homes after being wrongly denied NHS funding, legal experts claim.

Solicitors who specialise in fighting for funding say not enough people know that the NHS will pay their care fees if they have severe medical needs.

And of those who apply for NHS continuing healthcare (CHC) funding, many are unfairly refused, the lawyers claim.

Complaints from families denied the care money have tripled in four years, according to figures from law firm Nockolds.

In the worst cases, local councils are agreeing to funding and then later taking it away, despite the patient's health deteriorating.

The NHS will pay for nursing care only if you have complex, severe or unpredictable health needs, including advanced dementia.

But solicitors firm Farley Dwek estimates that more than 100,000 people are unaware they should be receiving the NHS funding and may be entitled to reclaim money they've spent on care.

The firm says this means they may be unnecessarily spending around £4.8 billion of their own money on fees.

Director Andrew Farley says: 'Millions of people have had to sell their homes to pay for care when had they been considered for continuing healthcare funding, they may have qualified.'

The Mail is campaigning to ensure dementia patients are never forced to sell their homes to pay for care.

At present, local councils will contribute to the cost of your care only if your income, savings and assets total less than £23,250.

New Prime Minister Boris Johnson has backed our campaign and promised to fix the social care crisis 'once and for all'.

Local clinical commissioning groups (CCGs) are responsible for assessing whether a patient is entitled to continuing healthcare funding. The patient is typically reassessed every year, so funding can be later withdrawn.

The funding will cover the cost of your care — whether it be in your home or in a care home. Weekly fees for dementia patients can cost more than £1,000.

Money Mail told last year how local health authority figures showed a 272 per cent rise in the number of people being stripped of CHC funding after reassessment.

Tim Davies, managing director of Compass CHC, says his legal firm receives around 1,000 queries a month from people worried they were needlessly paying for care.

'Many people aren't even told this funding exists,' he says.

Daniel Winter, a partner at the firm, says: 'The decisions on eligibility are not consistent across clinical commissioning groups, which has left chronically ill patients facing uncertainty.

The CCGs and the NHS are tightening their belts. Their interpretation of the guidelines has become more and more restrictive, resulting in some obviously deserving cases being rejected.'

Claire Davis, director of Solicitors for the Elderly, says: 'Those who qualify as being eligible for NHS continuing healthcare tend to be people with a very high level of healthcare needs, requiring support and assistance on an ongoing basis. A huge fear for those who've qualified would be having the care taken away.'

But her local CCG will not grant her NHS funding, so around £200,000 of her life savings has been eaten up by care fees.

Her son, Kevin, says Vivian's flat in Dartford, Kent, has already been sold to meet her care home bills of £3,780 a month.

Kevin, 63, a retired jeweller, has had three appeals against the decision refused by NHS Dartford Gravesham and Swanley CCG. 'I think they'll only pay out when they are forced to,' he says.

A spokesman for Dartford, Gravesham and Swanley CCG says: 'Our appeal process is fair, robust and transparent and follows the framework set down by the Department of Health.'

Lucy Hutchinson, 88, devoted her working life to the NHS in her career as a medical secretary. But now her daughter, Anne, is fighting for the NHS to pay her £5,000 monthly nursing home bills.

Lucy suffers from rare neurological disorder stiff-person syndrome as well as having Alzheimer's and diabetes. She cannot move or feed herself without help.

When she moved into a nursing home in late 2017, Anne applied for continuing healthcare funding, but was told Lucy was ineligible.

Anne, of Fareham, Hants, is appealing the decision, but fears her mother may not live long enough to benefit.

Anne, 54, says: 'My mother worked for the NHS but we are seeing a far darker side to it.'

A spokesman for NHS Southampton City CCG says it does not comment on individual cases,

Colville Lobendhan has needed round-the-clock care since he was paralysed in a gardening accident 13 years ago. But Croydon CCG stripped him of funding last year.

And as his pensions pay more than £23,000 a year, the grandfather-of-seven has been refused local authority funding, too.

Son Treville, 55, who is appealing the decision, says: 'He is dependent on 24-hour care. Everything has to be done for him.'

A NHS Croydon CCG spokesman says Mr Lobendhan is eligible to receive NHS-funded nursing care of £165.56 a week. She adds: 'Patients' needs can and do change, so all cases are reviewed annually.'

A NHS spokesman says: 'NHS spending on continuing healthcare is increasing and it is for local health groups to manage assessments based on demand in their area.

A good article ... full marks to the Daily Chuckle ... covers virtually everything detailed elsewhere on this forum.

by Joan_1501
Hi Chris. My mum has recently been awarded CHC. I have a copy of of the DST and also a letter of confirmation.

I also received a letter from the care home acknowledging my mum has been awarded the CHC and saying that the funding from CHC is £725.34 a week and that their next invoice (from the care home) will "show the new personal contribution of £199.66 per week". From my understanding I thought CHC was free and covered all care costs and I have written to the care home asking for an explanation.

It is interesting to note that the two above amounts total the cost of a nursing bed as outlined in the care homes price list. They also show on this list a standard and an enhanced rate for CHC funding ????? I have asked the care home to explain this also.

I can understand that some homes are more expensive than others and I can understand that CHC will have some kind of "level". However I think that close on two hundred pounds a week is a lot to have to contribute. The care home is very nice and probably one of the better ones.

Just wondered what your views are?? Thanks a lot for your time Chris..
Kind regards. Joan.

by Chris From The Gulag
Love it !

I really should be charging commission on all CHC / NHS Continuing Healthcare postings ???

Yes you probably should be on commission for all the CHC postings you do but unfortunately as I don't have your personal details I will just send you my virtual "last Rolo" and hope that will suffice!!

by Chris From The Gulag
A donation to your local food bank would be more than adequate " Commission. " 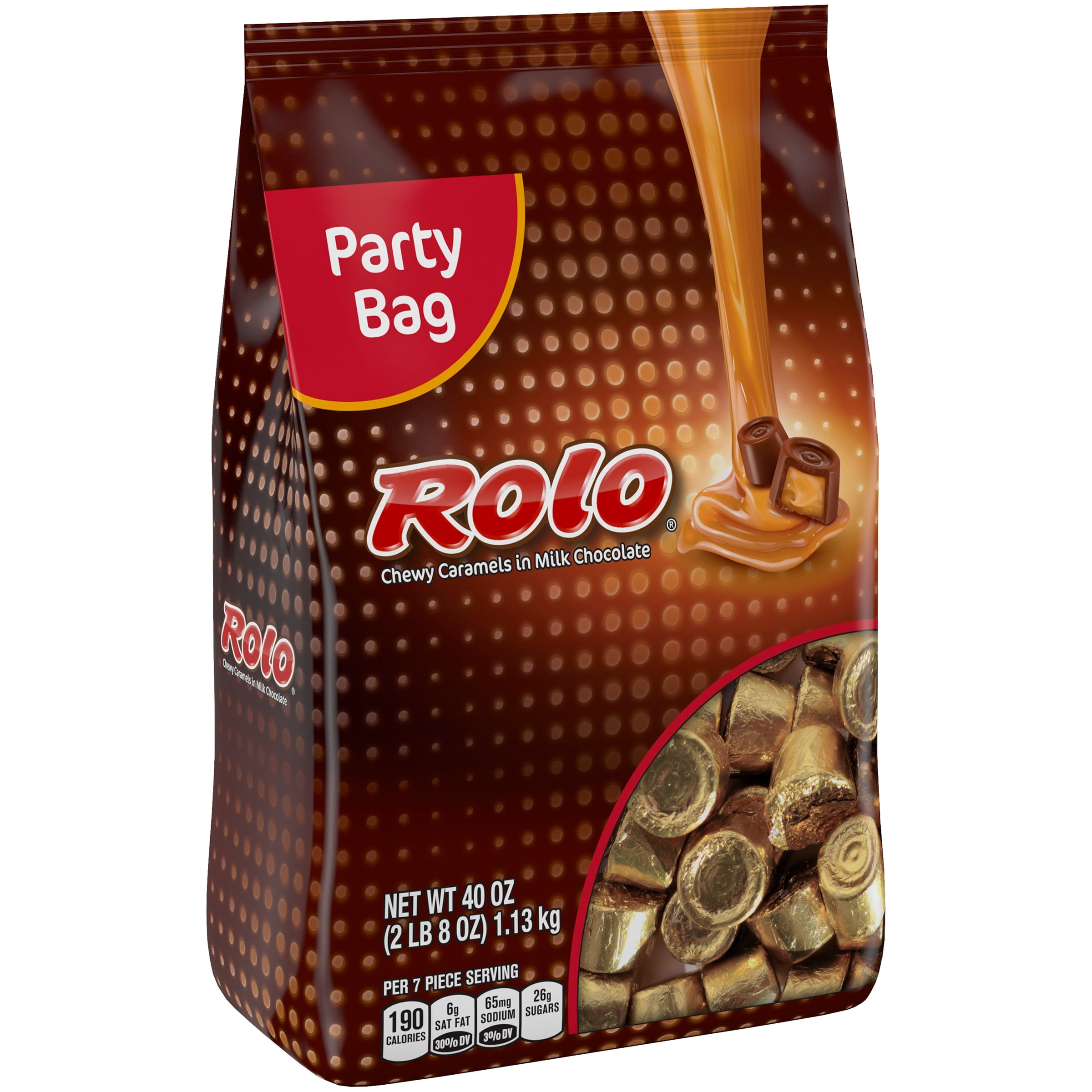 A few cans of stew would be more appropriate ???

by Chris From The Gulag
NEW SECTION ADDED TO THE MAIN THREAD JUST TO EXPAND ON THE CONFUSION OUT THERE :

The package of care is available to people who have significant long term healthcare needs, known as primary health needs and it covers all your care costs such as aiding with washing and dressing, medication provision, continence care, therapies and other complex health needs that would otherwise we carried out by a social worker of social care professional.

WELL WORTH READING IF YOU ARE ASKED TO CONTRIBUTE !!!

Me and my eleven year old grandson will take a bag of food to our local salvation army tomorrow in lieu of your commission!!

My grandson watched it and enjoyed it so he will like going to the S.A with me. I'm fact we've been before to donate items and he likes looking round their shop to see if there is any Harry Potter merchandise!

by Chris From The Gulag
Sally Army ?

In generations passed , easiest way to clear out a pub on a Saturday night !

Food bank ... nothing lost in whatever is donated ... to salaries and other expenses !!!

by Penny
I have looked into CHC for my Mum and never got anywhere. She is 95 with alzheimers, very poor mobility, arthritis in her spine, knee replacement, has twice had bowel cancer and has a stoma. I filled the forms in and a nurse (when she was in hospital following a 6 week stay due to a serious fall) then went through and down-scored everything and said she wasn’t eligible. She has had to sell her home and has been paying over £800 a week for her care home.

I know several people who have also applied for it and got nowhere. I would be eternally grateful if anybody could give me any pointers as to how to have another go at this because I have a friend who is a Modern Matron and she told me that you have to be at death’s door or throwing your food up the walls before you get it.

by Chris From The Gulag
CHC refused ?

Main thread ... most readers will know the address off by heart :

CHC : APPLIED FOR BUT REFUSED ?