Train Operators : One Which Even Sir Humphrey ( Yes Minister ) Would Have Enjoyed ?

Train Operators : One Which Even Sir Humphrey ( Yes Minister ) Would Have Enjoyed ?

by Chris From The Gulag
Question : 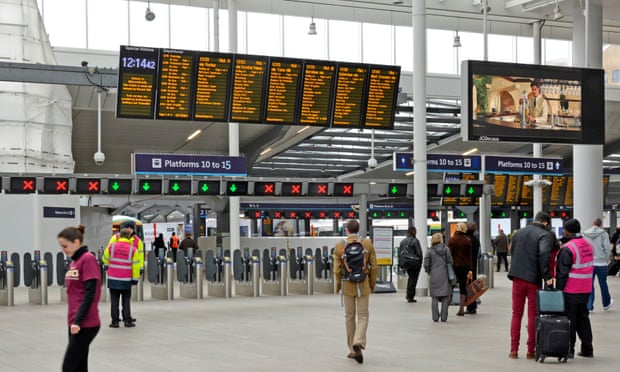 I and others were waiting for the 20.07 Uckfield service operated by Southern at London Bridge.

The train was displayed on the departure board but the platform remained blank as it often does until the last minute. Five minutes before it was due to leave, the information board said it was expected at 20.08 but still no platform.

Then the service disappeared from the departure boards without a platform ever having been displayed or any announcement.

After much confusion, staff confirmed it had, in fact, departed on time, leaving us stranded. The next train left after an hour.

We were advised to wait for Southern trains on the upper level. Since all trains are displayed on all the boards upstairs and down, and platforms are accessible from both, there is no clue that the two levels operate as two different stations.

And once you’ve passed through the turnstiles onto the lower concourse (the logical route when arriving from the Tube) there’s no way to access the higher one without invalidating your ticket.

Southern has difficulty grasping the problem which has also affected me twice, upstairs and down, at London Bridge. First it told me that platforms may not be advertised until a train is ready for boarding and may be altered at short notice, so passengers should remain on the concourse until it’s been confirmed.

Which you – and I – did, but the train departed without the platform ever having been announced.

Southern continued to miss the point when I pressed. Instead, it said departure details are removed from the lower level boards a minute earlier than upstairs to discourage passengers from running up the escalator to the platform.

That still doesn’t explain why the platform was never displayed.

It insists Southern staff were wrong and “unhelpful” in claiming this lack or coordination is a regular occurrence and that boards on both levels are synchronised.

Although London Bridge looks like one big station, it’s wise to treat it as two and find out which company is operating your train before you decide which level to wait on, as Southeastern staff downstairs can’t – or won’t – reliably help with queries about Southern, and vice versa.

Re: Train Operators : One Which Even Sir Humphrey ( Yes Minister ) Would Have Enjoyed ?

by MrsAverage
Time to re-nationalise perhaps?

Re: Train Operators : One Which Even Sir Humphrey ( Yes Minister ) Would Have Enjoyed ?

by Chris From The Gulag
No perhaps needed this time around.

Prices ... still out of range for most casual commuters.

Back into our hands or left with the private operators.

Still comes down to the price of tickets.

For a minimum of 14 million ... perhaps another 5 million on top of that ... regular travel is simply unaffordable.
All times are UTC+01:00
Page 1 of 1
Powered by phpBB® Forum Software © phpBB Limited
https://www.phpbb.com/