by Chris From The Gulag
Our rail operating system continues to be in private hands : 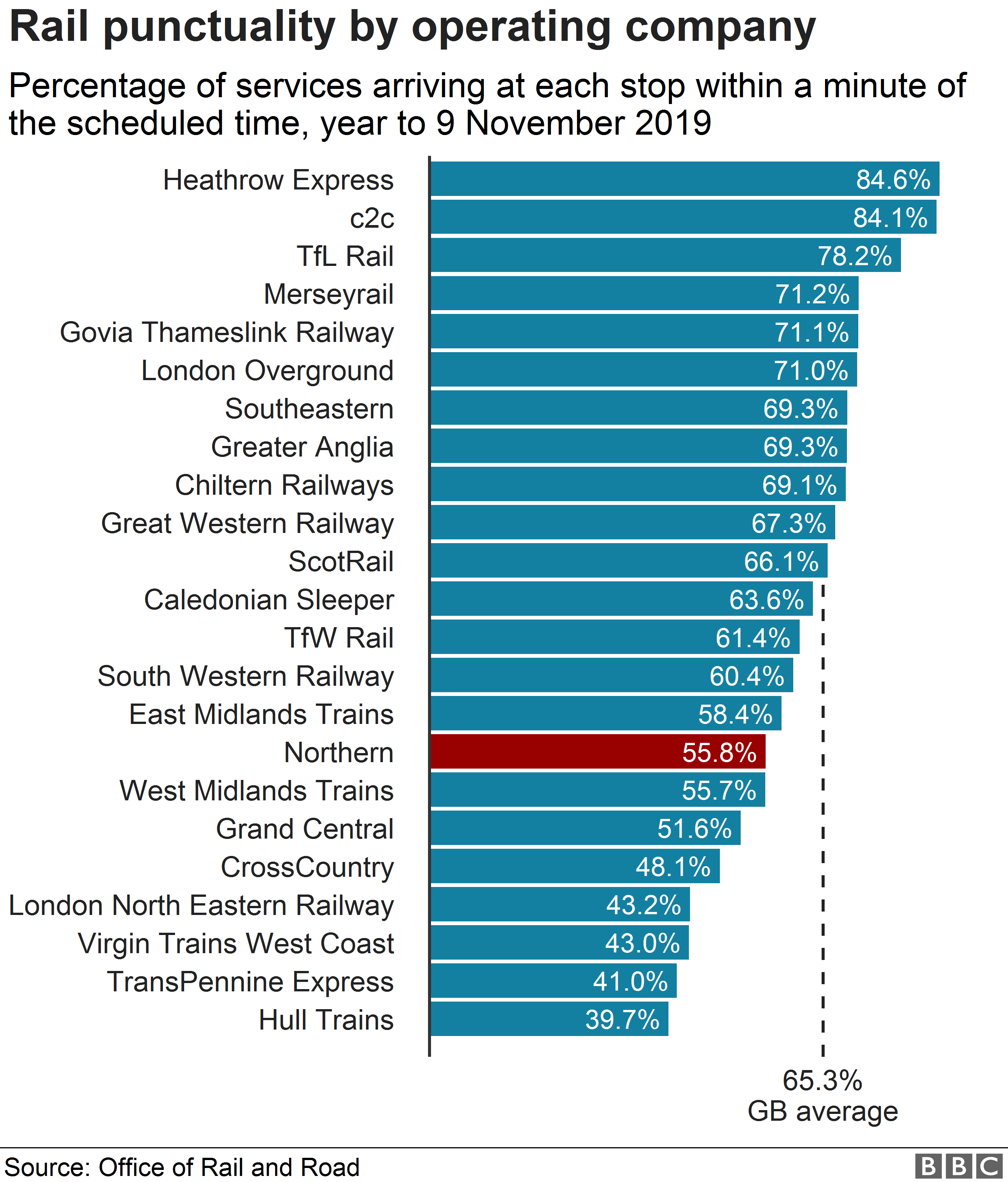 To fix it , we need a time machine ... to go back to the days of Dr. Beeching ... elbow him ... and rethink our whole public transport system !

Hundreds of millions of pounds are being spent on “fake apprenticeships” that are just relabelled degrees or training courses, according to a report by a thinktank which says employers are abusing the current system.

Since 2017 large companies have been forced to set aside the equivalent of 0.5% of their payroll to fund apprenticeships. But according to Tom Richmond, the author of a report for the EDSK thinktank, many are instead using the funds for existing professional development courses.

“Despite being set up with the best intentions, the apprenticeship levy is now descending into farce,” Richmond said.

“Instead of supporting the government’s efforts to improve technical education for young people, the evidence shows that some employers and universities are abusing the levy by rebadging existing training courses and degrees as apprenticeships for their own financial gain.”

The report found the most common use of apprenticeship funding was for “team leader/supervisor” courses for experienced staff, accounting for almost one in 10 apprenticeships.

Since the levy was introduced, the proportion of young people starting apprenticeships has fallen – especially in entry-level apprenticeships – while there has been a rise in the number who were already working for their company before being designated as apprentices.

“In other words, the bulk of the levy is being spent on existing adult workers instead of supporting young people into the workplace,” the report said.

“The fact that you typically need a PhD to be accepted onto this levy-funded training course confirms that it bears no relation whatsoever to any genuine apprenticeship,” the report states.

But Mark Dawe, chief executive of the Association of Employment and Learning Providers, representing the bulk of training providers in England, disputed Richmond’s assertions.

“For a post-Brexit economy with migratory controls, we have to say again that apprenticeships should be available to employers of all sizes to access the full range of apprenticeship programmes,” Dawe said.

“We have to repeat ourselves because whatever guise Tom Richmond has taken since leaving government, he sounds like a scratched record on the subject.”

Dawe also took issue with the report’s claim that employers were using the levy to fund entry-level training for “various low-skill and generic jobs” such as retail and hospitality that did not meet established definitions of apprenticeships.

“The caricatures used bear no resemblance to the reality of what is actually being learnt by the apprentice,” Dawe said.

“These apprenticeships are essential for sectors such as construction and social care which will help galvanise the left-behind regions.”

A Department for Education spokesperson said: “Our reforms mean apprenticeships are better quality, lasting for a minimum of 12 months with at least 20% off-the-job training. In 2017 we introduced legislation so training cannot be called an apprenticeship unless it meets those basic criteria and the minimum quality requirements set by us.

“The Institute for Apprenticeships and Technical Education approves all apprenticeship standards to ensure they meet high-quality requirements.”

A recent survey by the accountancy firm Grant Thornton found that 45% of companies with an apprenticeship levy had not used any of the funds they had set aside in the two years since the scheme was launched.

Smaller employers can arrange apprenticeships with approved providers, paid out of funds generated by the levy, although the CBI has reported that a shortfall means smaller companies are being excluded.

Parliament was 'misled' about the costs of HS2 and taxpayers could lose £40billion if the project goes ahead, report claims

Lord Berkeley found 'overwhelming evidence' costs for HS2 are " Out of control. "

Labour peer puts costs for high-speed railway at around at least £107.92 billion.

Berkeley added he believes Parliament was 'misled on the question of HS2 costs.


Stop HS2, a campaign group against the high-speed railway line, said the report leaves the project so 'irrevocably damaged' that there is no choice but to cancel it.

Penny Gaines, chairman of Stop HS2, said: 'The case for HS2 has always been poor, and is simply getting worse.

'In the last six months the expected cost has nearly doubled, the timescale massively increased and the environmental damage from HS2 is becoming increasingly apparent.

'It is time for this white elephant of a project to be cancelled as quickly as possible.'

The cost of maintaining three nuclear sites spiralled by £1.35bn because of poor management by the Ministry of Defence (MoD), Whitehall’s watchdog has found.

The National Audit Office has also said that work to complete the building and maintenance of the UK’s Trident nuclear deterrent in Cumbria, Derbyshire and Berkshire will also be completed more than six years later than planned.

In a damning conclusion to a report released on Friday, auditors said the MoD has failed to learn from past mistakes while upgrading the UK’s nuclear defence capabilities.

Civil servants have relied on the work of three monopolistic suppliers – the Atomic Weapons Establishment (AWE), Rolls Royce and BAE Systems – which means that contracts cannot be terminated if poor performance is identified, the report said.

by Chris From The Gulag
As featured earlier in this thread :

The National Audit Office is set to publish the result of its investigation soon.

The report is expected to shed light on the Government's handling of the collapse and how the firm's public sector contracts were awarded.

Former directors at bust Government contractor Carillion face a 'judgment day' over the implosion of the firm two years ago this week.

The National Audit Office is set to publish the result of its investigation into Whitehall's handling of around 420 public sector contracts with Carillion, including multi-million pound tenders to build and manage hospitals, roads, prisons and schools.

The spending watchdog's report, due imminently, is expected to shed light on the Government's handling of the collapse on January 15, 2018, and how the firm's public sector contracts were awarded.

Red flags were raised over Carillion's finances in July 2017, when it issued the first of three profit warnings. But it announced £1.9billion of new Government work after that warning, including two joint-venture deals for the HS2 high-speed rail link worth £1.3billion.

One focus of the investigation has been Carillion's heavily loss-making PFI contracts to build two new hospitals in Liverpool and the West Midlands, which stalled when the firm failed with £7billion of liabilities.

Frank Field, the former MP who co-chaired the 2018 investigation into Carillion by two select committees of MPs, said it is a 'tragedy' the hospitals remain unfinished and that the NAO report marks the beginning of 'judgment day for Carillion bosses'.

He added: 'This will be the start of the process of bringing justice against the Carillion bosses who presided over such a catastrophe, when they were the only people who appear to have benefited by lining their own pockets.'

The former bosses – including chief executive Richard Howson and finance chiefs Richard Adam and Zafar Khan – could face a ban from acting as company directors under a separate investigation by the Insolvency Service.

Gail Cartmail, assistant general secretary of the Unite union, said: 'Given the extraordinary damage caused by the collapse of Carillion, it is jaw-dropping there have been no criminal prosecutions.'

The brothers who own the high street bookmaker Betfred are making millions from a business that treats public sector staff for health problems including gambling addiction, the Guardian can disclose.

Its taxpayer-funded clients include multiple NHS trusts that also treat gambling addicts, as well as MPs’ employees, some of whom campaign for tighter restrictions on gambling.

The Dones have taken £5.2m in dividends from the business in the past three years. They have donated £375,000 to the Conservative party since 2016.

The Guardian beating the Eye to this one ?

HS2 late and billions over budget due to Tory failures, report finds.

Government failed to understand risks of the project, NAO concludes.


HS2 high-speed rail project could be delayed by a DECADE... and officials have no clue how much it will end up costing taxpayers, new report reveals.

The economy will lose 20p on every £1 spent on HS2 on the project's first phase.

The National Audit Office warned HS2 will not deliver good value for money.

The first section of the line will run between London and Birmingham.

The northern section of the line will see £1.40 returned for every £1 invested.


The northern section of the line will see £1.40 returned for every £1 invested.

Consensus emerging that improving existing links between the major northern cities / towns would be more beneficial !

Leeds to Manchester ... still slower than in Victorian times !!!
All times are UTC+01:00
Page 6 of 6
Powered by phpBB® Forum Software © phpBB Limited
https://www.phpbb.com/