CARERS STRATEGY 20XX ? All The Build Up To The Non Event Of This Decade ? A White Flag Raised Even Before It's Announced

by Chris From The Gulag
Usual story ... searching through the archives for something else and came across this little golden nugget at the time of the last so
called Carers Strategy in 2009.

Please to see 3 CarerWatch members wadding in ... a farce which became reality back then :

History does have a nasty habit of repeating itself ?

Poor judgement on the part of the Charities...maybe they should consult carers before making these sort of decisions...I know the conventional view seems to be that as carers we don't know what's best for us but we do have brains and opinions you know!

The Hansard transcript of the debate on the DWP Select Committee Report into the Government's Carers Strategy held yesterday in Westminster Hall is now available:

Anne McGuire is not among the speakers, neither could I see her in the debating chamber.

I do not think that it is unreasonable to expect the Parliamentary Carers Champion to attend an important debate such as this and to use the opportunity to speak up for carers and promote policies identified in the report which would improve our lives.

Perhaps she had good reason not to attend but, unlike us when we fail to return a form on time or attend an interview required by the department for which she until recently had ministerial responsibility, she does not have to explain her nonattendance or provide us with proof and her nonattendance carries no financial penalties. And perhaps this is what is wrong with whole concept of a Parliamentary Carers Champion and this particular appointee, we have no say whatsoever in who they are or what is required of them.

Note the references to that infamous Select Committee Report in 2008 ... still our bible :

( I've literally given up asking for that thread to become a sticky ... THE MOST IMPORTANT DOCUMENT IN OUR HISTORY bar none !!! )

Reflect and ... enjoy ... please do not take it out on your device's screen !

Can only be one ? 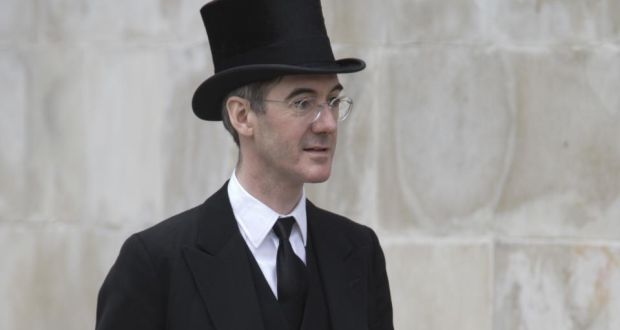 by bowlingbun
The comment that we carers don't know...really hit me.

When my son wasn't meeting his milestones, it was repeatedly implied that I was to blame, I became very depressed, looking back. My eldest son, is 2 years older than M, spoke perfectly, exceeded his milestones. Somehow he must have been invisible. Five years of hell until M moved to infant school, and the lovely teacher in his special needs class soon realised I was a good mum and Matt had a problem!

All through M's life, I've had many negative experiences and views of me. The current LD Team leader refused to go through M's Support Needs Analysis because "you wouldn't understand it". What an insult, I was probably far more qualified than her to deal with things like this.

CUK's trustees etc. are supposed to be former carers. If they are, then clearly they've forgotten what it's like. I've been laid low by the lurgy, wide awake coughing in the middle of the night. Finally I went sound asleep, only to be woken by something. I thought it was my alarm, then when I woke a bit more realised it was M. His taxi hadn't turned up, so as the council won't let me have the contact details of the voluntary driver, but the care agency didn't have them. So then the manager rang me (in the bathroom by now), to say she didn't have the contact details. (I wouldn't have told M to ring her if I had them!).

In theory the agency are supposed to deal with EVERYTHING but I'm still so involved, even when I don't want to. The agency manager and I know each other fairly well, but I'm so croaky at the moment she didn't even realise it was me!!!

There are so many carers being let down at the moment, so of the people on the forum are desperate for help. Yet all we hear about is getting carers back to work. If they are caring 168 hours a week, when are they supposed to work??

by Chris From The Gulag
Well said , BB.

Millions will be applauding that posting !

The day WILL come ... when carers speak for themselves.

by Londonbound
I supplied night care to my previous caree for years as there was just no night care available.
The last few years I was up all night and sleeping in the daytime then back to my caring duties.
I never got any kind of respite/break.
As I have said many times I don't even get carers allowance, supplying night care for free.
Thousands and thousands of unpaid carers are having to supply night care, putting elderly relatives to bed, being disturbed in the night taking them to the toilet.
Or answering lifelines at 3am, having to go see their elderly relative, trip to hospital etc.
How can a person who has had little sleep then go to their job, they can't, many are quitting jobs as they cannot work and care.

by Chris From The Gulag
Yep ... a lot for CUK to answer for.

WHY all the emphasis of balancing caring with work ?

If CUK do not already know the answer to that one ... or choose to ignore the evidence ... they might just as well shut up shop.

Read the various threads on this forum if you really want to know what goes on in CarerLand !
All times are UTC
Page 13 of 13
Powered by phpBB® Forum Software © phpBB Limited
https://www.phpbb.com/