by MrsAverage
I'm sure I not the only one shocked by tonight's programme.
However I'm sure I'm not alone in thinking this isn't an isolated pocket of brutality and mistreatment.

I felt so sorry for the families

Keep visiting your loved ones, at odd iregular times and unannounced. Don't let it happen to one of yours.

by Chris From The Gulag
Artilcle on the Whorlton Hall scandal posted earlier ... 11 May 2019 ... Main Care Home News thread :

Investigation into learning disabilities services run by major NHS contractor after police brought in over " Abuse" of patients.

Durham Constabulary investigating " Physical and psychological abuse " allegations at Whorlton Hall, County Durham which have led to 16 staff being suspended. 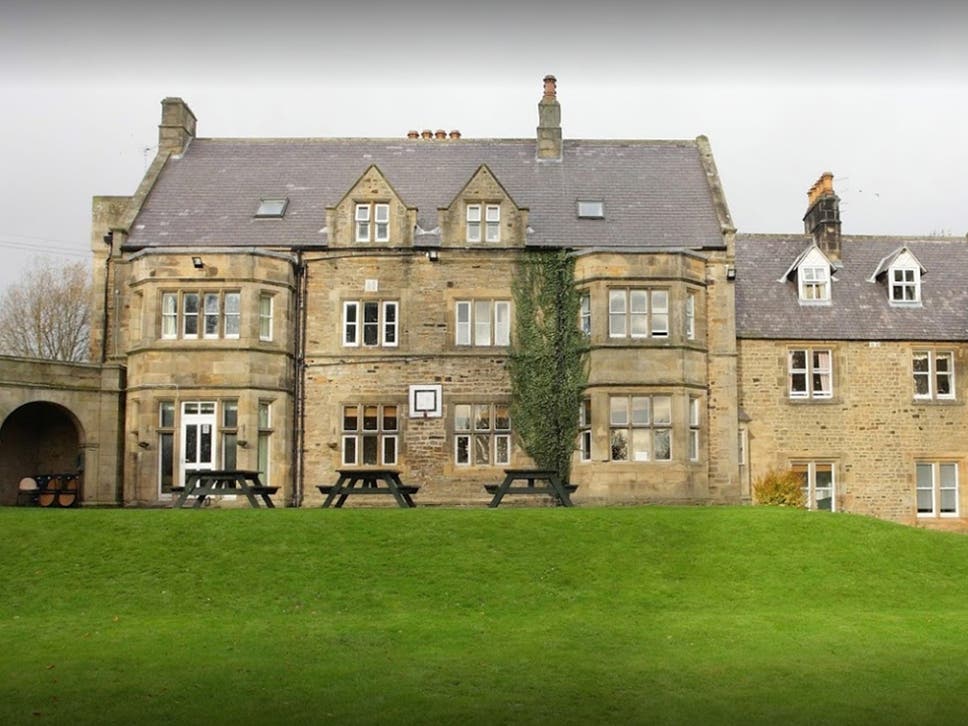 An investigation has begun into a major care provider after police were called in over alleged psychological and physical abuse of patients with learning disabilities at one of its homes.

The Care Quality Commission (CQC) said inspectors would be reviewing these and similar services run by the NHS contractor Cygnet Health Care across the country – and appealed for anyone with concerns to come forward.

The Independent revealed on Friday that Durham Police had received reports of abuse at Whorlton Hall, a live-in facility for people with learning disabilities and complex needs near Barnard Castle, County Durham.

Cygnet, which has run the 17-bed centre since last year, is one of the UK’s largest care providers responsible for 3,000 patients across 140 sites.

It has suspended 16 of the 85 staff at Whorlton Hall over the abuse claims and it has now stopped taking in new patients.

Cygnet has come under increasing scrutiny in the past year after deaths at two of its mental health facilities and investigations by the CQC.

It acquired Whorlton Hall, alongside 25 other hospitals and care homes after a takeover of private care provider Danshell Group, in 2018.

“Durham Constabulary can confirm that, this week, they have launched a criminal investigation regarding concerns raised about alleged physical and psychological abuse by staff at Whorlton Hall, near Barnard Castle,” a police spokesperson said.

A Cygnet Health Care spokesperson said: “We acquired the Danshell Group a few months ago and allegations have been made against members of staff at one of the group’s hospitals, Whorlton Hall, regarding their treatment of service users earlier this year.

“We take these allegations extremely seriously. All members of staff who have been specifically mentioned have been suspended.”

Cygnet added that it had informed all relevant authorities of the allegations, and said it was committed to ensuring its high standards and culture were maintained across all of the Danshell Group’s facilities.

Revelations of abuse at Winterbourne View care home in 2011, which saw six care workers jailed, led to the collapse of operator Castlebeck.

The Danshell Group acquired Whorlton Hall alongside around 20 properties after the collapse of its rival in 2013.

Earlier this year the CQC revealed allegations of abuse at another former Danshell Group property, Thors Park in Essex, which cares for men with learning disabilities, following an inspection in February.

Cygnet said it had acknowledged the issues raised in the CQC report on Thors Park and had acted immediately following the inspection with a new manager and operations director to oversee changes.

“Cygnet Health Care’s own portfolio does not have any inadequate rated facilities and as an organisation patient care remains our top priority,” a Cygnet spokesperson added.

The CQC said it took “immediate steps” to ensure the safety and wellbeing of people currently at Whorlton Hall and was considering what further action was needed.

“This provider manages many hospitals and care homes across England some of which provide care for people with a learning disability and autism,” a spokesperson added.

“Our inspections show that these vary in quality. We are currently reviewing information about other services of this type operated by this provider, and would urge anyone who has concerns about care to contact us on 03000 616161 or via www.cqc.org.uk/sye.”

The CQC holds information from regular inspections and calls to its whistleblowing line. When asked, they said it was too early to say if any other facilities would be require further action.

“Alongside the police investigation, it is crucial that people with a learning disability and their families directly affected by these allegations are getting support and are safe”

by Chris From The Gulag
The Guardian on the BBC Panorma program :

Evidence of abusive treatment of disabled people has been captured by secret filming for BBC Panorama, in an echo of the Winterbourne View scandal eight years ago.

The footage, to be broadcast on Wednesday night, has striking parallels with Panorama’s reporting in 2011 of ill-treatment of patients at the Winterbourne View unit near Bristol. Ministers pledged to run down such hospitals, known as assessment and treatment units (ATUs), and move up to 3,000 people placed in them.

Action has since faltered, however, and more than 2,000 people remain in the units, some run by the NHS but others operated by private companies paid up to £4,000 a week for each patient referred to them because community services cannot deal with the individual’s behaviour.

Sir Stephen Bubb, a charity sector leader who was asked to review progress on the government’s plans in 2014, said the latest revelations showed the promise of reform had been broken. “We will continue to have these scandals while we have these institutions,” he warned.

The Panorama reporter Olivia Davies worked shifts at Whorlton Hall over a two-month period at the beginning of the year. She filmed staff referring to the 17-bed hospital as a “house of mongs” and to patients as “fat ****” and “a good ******* target”.

One female care worker is shown saying to a highly distressed woman: “If this is about your family, I’ve already told you they are ******* poison.” Glynis Murphy, a professor of clinical psychology and disability at Kent University’s Tizard Centre, comments in the programme: “I wouldn’t speak to a dog like that.”

In another segment, described by Murphy as “psychological torture”, male staff deliberately intimidate a young female patient who has a fear of men – and is supposed to be cared for by women – and use explicit sexual language and play on her phobia of balloons, seemingly to upset her further.

A third episode shows a male patient restrained on the floor by some of a group of seven staff present, one of whom has the man’s head trapped between his knees while laughing, wearing the man’s glasses and distributing chewing gum to the others. This staff member then tells another to strip the patient’s room of all his possessions, which she ostentatiously carries past him while he remains restrained and highly distressed.

Although there is no footage of assaults on patients, staff are shown discussing unauthorised restraint techniques and ways of inflicting pain without it being detected.

Davies said six care workers told her they had deliberately hurt patients. One is filmed saying: “If these guys say what we do to them, one day we will get into trouble.” He then recalls how a colleague dealt with a patient who “hit the deck like a sack of shit”.

A female care worker tells Davies she can be confident a female patient will not act up with her because she knows “I would ******* rugby tackle the **** down”.

Whorlton Hall was formerly owned by Castlebeck, the company that ran Winterbourne View, which closed after the scandal. When Castlebeck failed in 2013, Whorlton Hall was bought by the Danshell Group. Danshell was in turn taken over last year by US-owned Cygnet Health Care.

Cygnet said in a statement that it had been “shocked and deeply saddened” by Panorama’s revelations. “Those implicated in this programme have betrayed not only some of society’s most vulnerable people, but also the thousands of people at Cygnet who work daily with dedication and compassion to look after the people in their care,” it said.

The company said it had suspended the 16 members of staff believed to have been involved, informed the police as soon as it was made aware and moved all 12 patients to other units. The hospital was “now closed”.

Durham police have launched a criminal investigation, which is thought to involve four agency workers as well as the 16 staff, and the Care Quality Commission regulator has said it is reviewing all Cygnet services and has carried out unannounced inspections of several sites.

Whorlton Hall was rated “good” by the CQC at its previous full inspection in 2017 and Cygnet says inspectors visited on seven occasions in 2018-19. Dr Paul Lelliott, the CQC’s mental health lead, said the commission had raised concerns about training and staffing but had not revoked the rating. “It is clear now that we missed what was really going on at Whorlton Hall, and we are sorry,” he said.

The scandal broke days after the CQC published a report on the use of restraint and seclusion in mental health services, and Matt Hancock, the health and social care secretary, announced a package of measures in response.

Ministers will now come under fresh pressure to address the ATU issue directly. A Department of Health and Social Care spokesperson said: “We treat any allegations of abuse with the utmost seriousness.”

by bowlingbun
I couldn't watch. Yesterday I went to a monthly LD planning meeting, and an update on the new specialist housing development. 18 new flats, 12 still empty months after completion, because there are huge problems recruiting staff. These were built so that people in long stay hospitals could come back from hospitals a long way from home. Tragedy.

by Pet66
That's so upsetting BB. What a huge help and comfort it could be.
Maybe the recruitment needs to be looked at, because many unemployed would love a job that is so worthwhile, and financially beneficial to them. Just a thought.

by bowlingbun
I've already whispered in BBC Radio Solent's ear that there is a local element to this story, this morning!

The problem in this area is that it's a very desirable area to live. Not only is there the beautiful New Forest, but it's mid way between Bournemouth and Southampfon with a fast train to London. Property prices are ridiculous, rents are sky high, and the waiting list for council property is about 8 years.

As a result there are relatively few people available to be carers, they can't afford to live here. Demand for carers is huge, as the area has one of the largest percentages of population about 65. The vast majority of ads in the local paper are for carers. Caring for people with severe learning difficulties can be difficult, so not the most attractive care work.
People with severe autism and challenging behaviour need staff with qualifications and experience.

The agency initially appointed to provide care was the same one I complained about endlessly, the local LD committee was dismayed to learn they'd been given the contract. The manager for this company had told the committee that they paid staff the minimum wage. Now another care company has been appointed, but I suspect that they too are not offering enough in the way of pay either - because the council is cutting costs!

So the place stands two thirds empty. If you search for "Fernhill Court Hampshire County Council" you can see more details.

by Chris From The Gulag
I presume this complex , BB ?

Full sp on the facility :

New state of the art accommodation for adults with learning disabilities in New Milton is now open ( 18 October 2018 ).

The first resident has been welcomed to Hampshire County Council’s new state of the art development for adults with learning disabilities in New Milton.

by bowlingbun
Sorry Chris, it's the correct link, but the wrong picture, the one shown is a few miles away just over the border in Dorset.

Apparently the council named the development before checking to see if there were any other places with similar names!!!